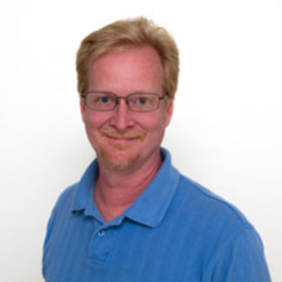 Dr. Christopher Tipping has a B.S. and M.S. from the University of Delaware in entomology/plant pathology and systematics, respectively. While completing his Ph.D. at the University of Florida in entomology and nematology he studied insect disease vectors of plants. His post-doctoral experience includes research at the University of California, Davis into the post-harvest management of pests of table grapes in California and at the North Florida Research Center (NFREC) working on the biological control of an invasive leafhopper vector of several bacterial wilt diseases caused by Xylella fastidiosa.

While at NFREC, Dr. Tipping was a member of the First Detector Program, a nation-wide initiative designed in part to predict and respond to potential bioterrorism threats to U.S. agriculture.

He is an active member of several scientific societies and has presented dozens of papers at a variety of conferences. Chris has served as an associate editor for the international scientific journal Florida Entomologist in the area of systematics.

At Delaware Valley University, Dr. Tipping has taught Biological Science I and II lecture and laboratory sections, Entomology, Invertebrate Zoology as well as Student Research. As curator for the Arthropod Museum, he offers students the unique opportunity to experience the finer points of systematics, taxonomy, and curatorial techniques associated with museums.

He has provided leadership on several state government committees including the Agricultural Education and Industrial Hemp Steering committees. He is a member of the State Pesticide Advisory Board as well as the Spotted Lanternfly Southern Task Force. Dr. Tipping has also served the institution in administration roles including Department Chair of Plant Science and Interim Dean of Agriculture and Environmental Sciences.