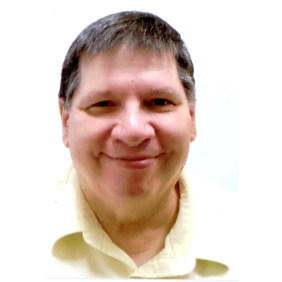 Kenneth R. Lee’s career started with three semesters of computer science at MIT in Cambridge, Massachusetts. After a two-year hiatus to serve on a mission for his church he attended Brigham Young University where he received a B.S and an M.A.

He is interested in artificial intelligence. He studied psychology for his bachelor’s degree

because if he were to model human behavior, he thought it would be helpful to learn about what psychologists know about human behavior. For his master’s, he concentrated on natural language processing, which was also the focus at the University of Pennsylvania. At Drexel University, he focused on human-computer interactions with an emphasis on interface design.

Lee combined his studies with practical experience, working as a programmer, program designer, and an independent contractor. He applied his knowledge to create information solutions using spreadsheets, databases, and programs that he designed and built. This practical experience has helped him to convey the concepts of information technology in his teaching, but also show how it applies in practice.

His teaching career began as an adjunct professor at Trenton State College (now the College of New Jersey) in Ewing Township, New Jersey. He then spent five years at Rider College (now Rider University) in Lawrenceville, New Jersey. Lee started at Delaware Valley University (then called Delaware Valley College) in September 1988. While at DVU, he wrote the text that was used for the data structures course.

He is and has been a member of several professional organizations including the Association for Computational Linguistics, IEEE, and ACM.