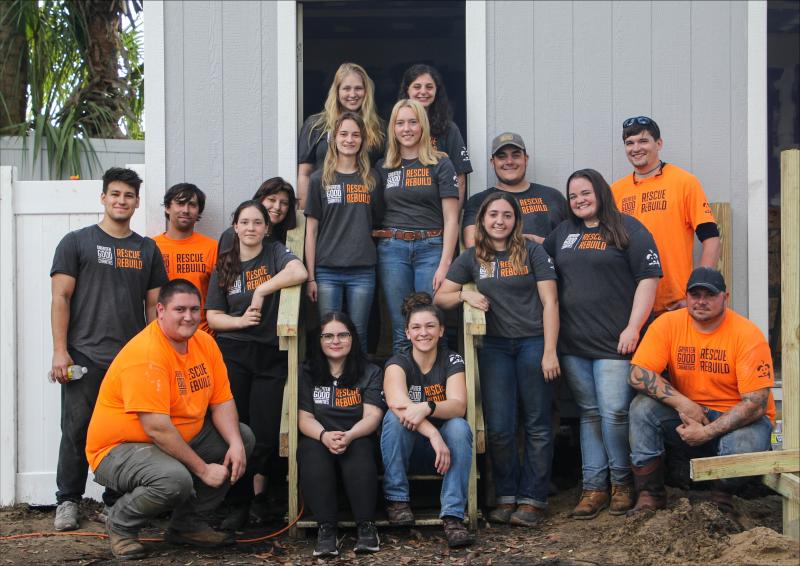 Students of Delaware Valley University’s (DelVal) Animal Lifeline Club had an unconventional, yet highly philanthropic spring break. Donating their time and energy to help make a domestic violence shelter pet-friendly, the club and its members traveled to Georgia over spring break to partner with Rescue Rebuild, a shelter renovation program that improves the lives of humans and animals in a variety of settings.

A former DelVal ecology professor, Brynn Donnelly, started the Animal Lifeline Club at DelVal in 2008. As part of the club’s service activities, Donnelly would take students on trips to rebuild and renovate animal shelters in need, which later evolved to become Rescue Rebuild. “The trips first began in West Virginia and they would use professor Donnelly’s personal tools to rebuild and renovate. She also provided much of the funding,” explains Animal Lifeline Club President, Gabriella Vilanova ’22.

“The trips became so successful, and they started fundraising more and more and eventually got sponsors and it became a larger organization known today as Rescue Rebuild. Then in 2015, Rescue Rebuild joined with a larger non-profit organization, Greater Good Charities,” she adds.

DelVal’s Animal Lifeline Club was especially excited to go on their Rescue Rebuild trip this spring break as the past several trips were cancelled due to COVID-19. “Myself and one other person were the only two people who had been on a Rescue Rebuild trip before because of COVID. It was really nice to see other students having the same fun that I had those past years,” Vilanova ’22 reflects.

For Vice President of the Animal Lifeline club, Cheyanne Brown ’23, this was her first Rescue Rebuild endeavor, and although the rebuild and renovations were certainly hard work, the fun, laughter, and confidence this trip instilled in volunteers was well worth it. “I really enjoyed the sense of accomplishment this trip gave to us. We would come back from a day of working and we would be tired, but we would be in such good moods because we knew we were making a difference in the lives of others. We were all just so happy to be helping,” Brown ’23 describes.

The club’s Off-Campus Coordinator, Sophia Shannon ’22, agrees. “From day one of this trip the Rescue Rebuild volunteers and staff were so nice. Every person made you feel like you were supposed to be there. We were all there for the same purpose, which was to do something that was bigger than ourselves. I really respect anyone who is willing to put that time aside to help others, especially during spring break,” Shannon ’22 says.

When the Animal Lifeline Club first arrived to the domestic violence shelter in Georgia, the backyard was empty. By the time they left, the club’s members alongside Rescue Rebuild volunteers and staff built three pet relief areas, multiple fences, two large sheds that serve as large-scale dog houses with electricity and many more features inside that ensure the welfare of victims seeking shelter with their pets. Also included in the renovations were four rooms for the animals, each decorated to the theme of various seasons: winter, spring, summer, and fall.

“Many of us had no construction experience prior to this trip and the volunteers were so trusting and patient and taught us how to do things. We were building fences, putting up dry wall, mixing concrete, and more,” says Brown ’23. Even with little construction knowledge and experience, the Animal Lifeline club members were thrilled to take part in this benevolent effort.

“It was rewarding to know that you weren’t alone learning how to build things and we were constantly given reassurance that we were doing exactly what we needed to do. The volunteers don’t let themselves get upset or frustrated when things get difficult. They know tomorrow is a new day and they know they are there for something bigger than themselves. It’s just really special,” Shannon ’22 says.

Check out photos from the Animal Lifeline's Rescue Rebuild trip below! Congratulations on your benevolent work 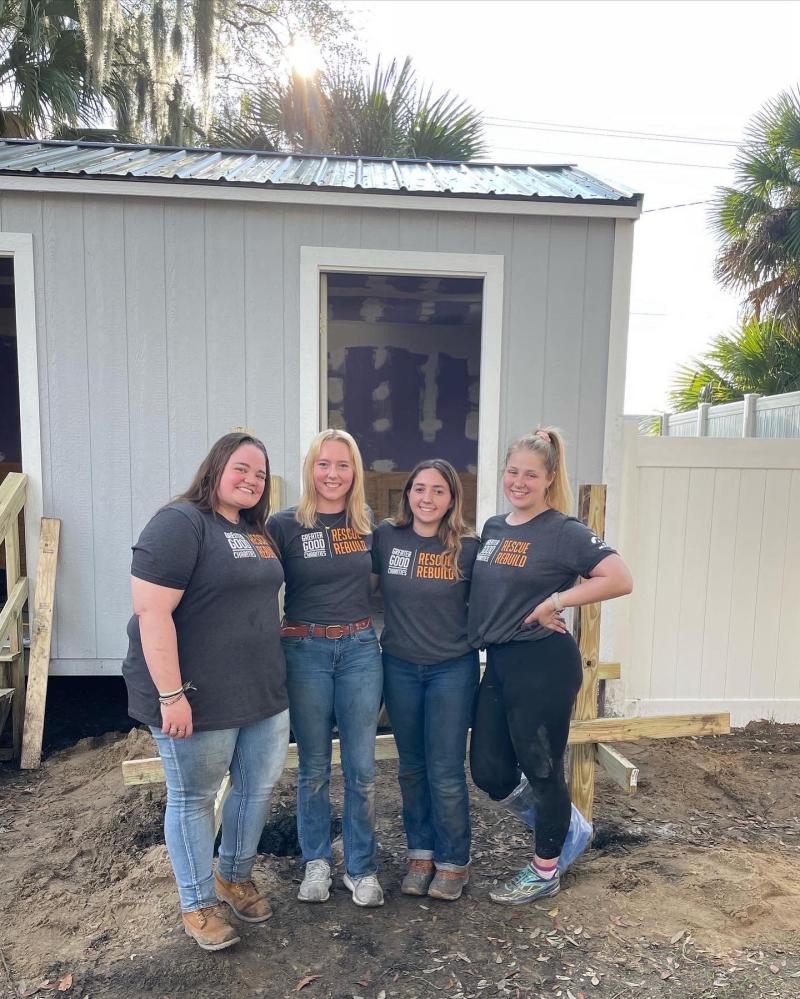 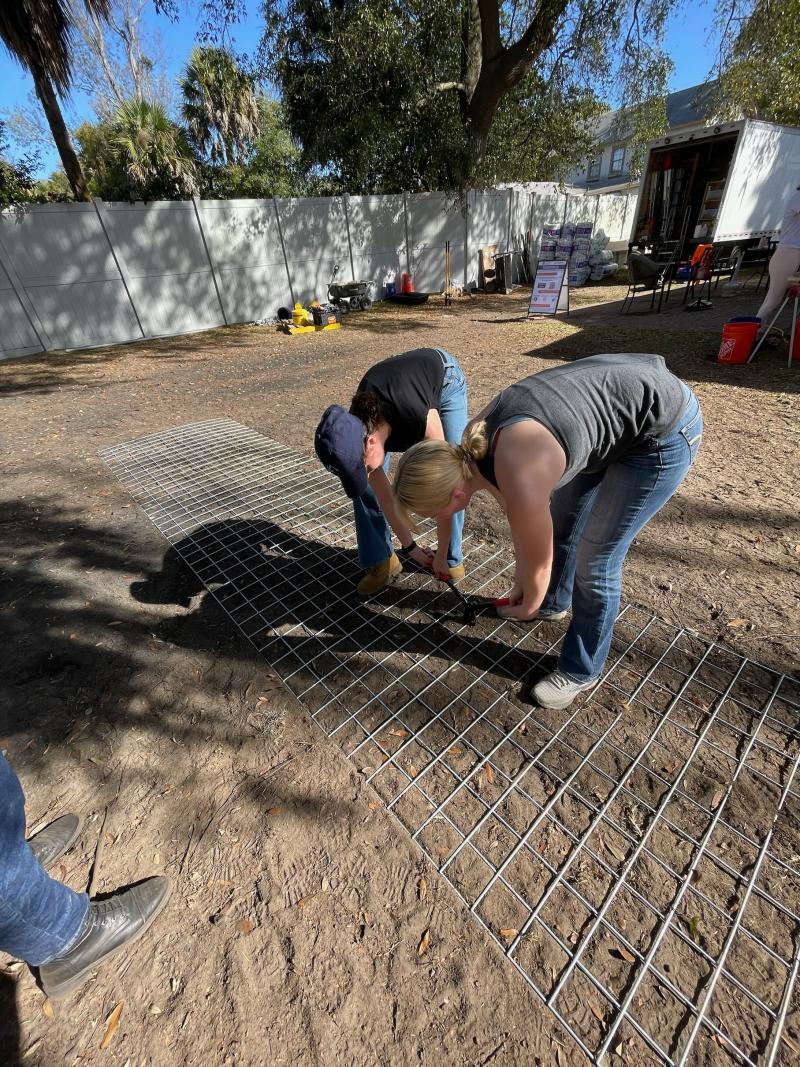 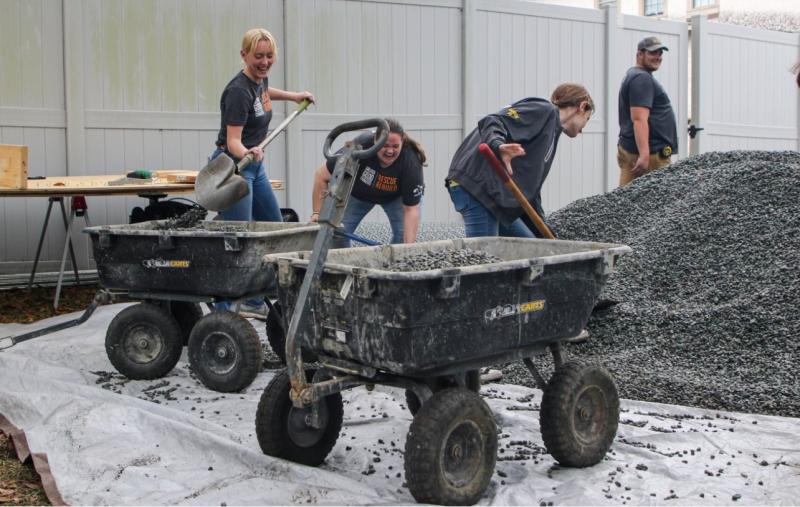 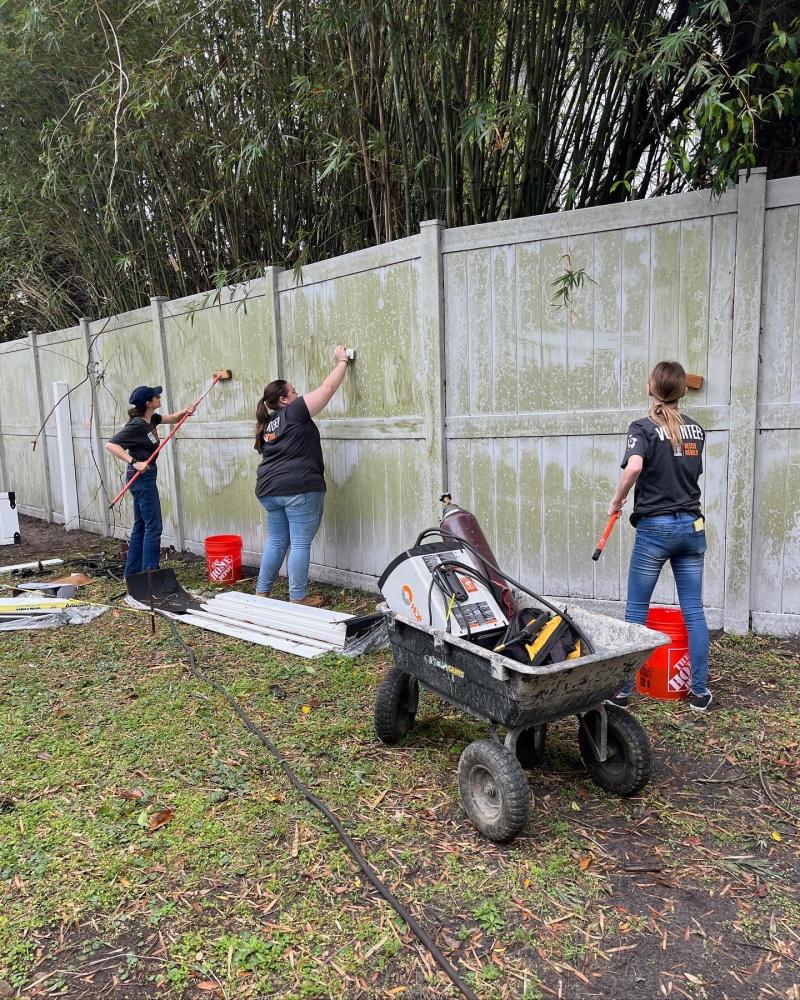 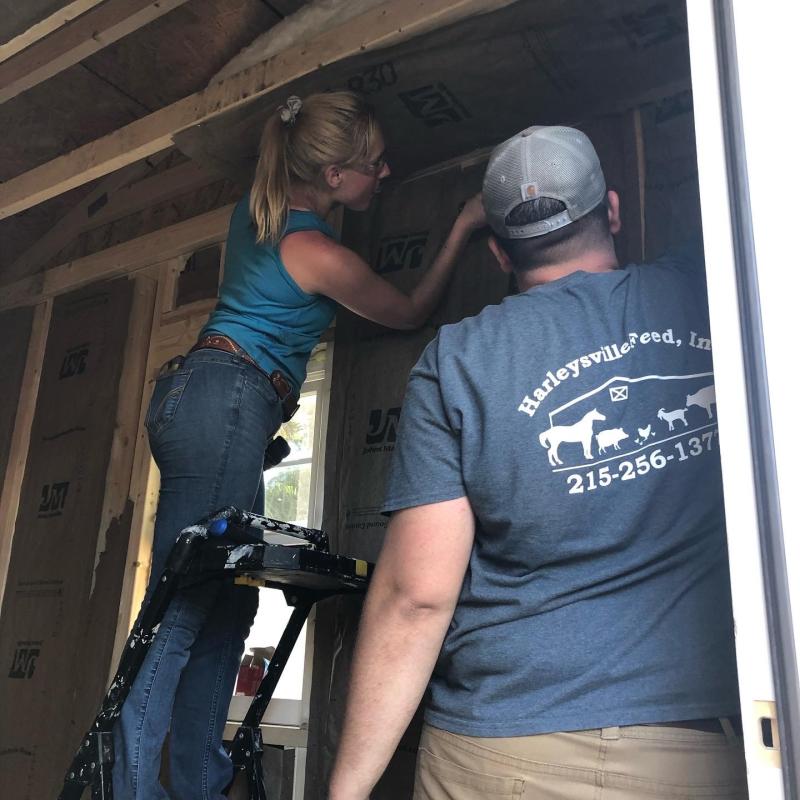