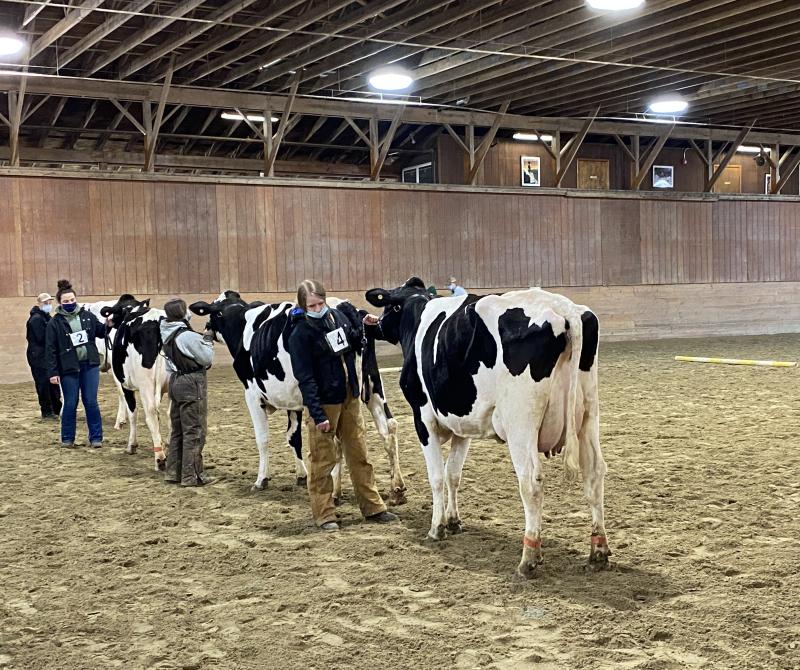 DelVal was happy to host the event in person as last year’s competition was held virtually due to COVID-19.

On Saturday, February 26, Delaware Valley University (DelVal) hosted NESA – the Northeast Student Affiliate of the Society of Animal and Dairy Science.  NESA is an annual intercollegiate competition between the animal and dairy science programs of participating schools. DelVal students organized the event with the help of their faculty advisors and staff. Competing schools this year were Penn State University, Rutgers University, University of Delaware, and the University of Massachusetts.  A snowstorm impacting the Northeast prevented four other schools from attending.

“This event has really been two years-in-the-making for our students,” says Joanne Powell, instructor in DelVal’s Department of Animal Science and DelVal alumna. DelVal was supposed to host the NESA event in 2021, but due to COVID-19, the event was held virtually last year. In planning the 2022 event, DelVal students were excited to be there in person. “This kind of event is much better when it’s experienced live, and it’s nice to have students from other schools here on campus,” Powell adds.

The event began Saturday morning at 8 a.m. with livestock judging at DelVal’s Equestrian Center. Students judged horses, swine, steer, sheep, and cows. After livestock judging, the event proceeded with a career fair in DelVal’s Life Sciences Building atrium. At the event, a Quiz Bowl also took place in which students could reinforce their classroom knowledge and compete to answer questions related to animal science and dairy science.

Competing students also gave presentations, in which they reviewed current, scientific articles in animal science and dairy science. Although DelVal did not compete, students and faculty were happy to host, and planning was quite the team effort.

“I think it’s beneficial for our students to learn what’s involved in organizing an event of this size and scope. It’s neat to see faculty, staff, and students all working together to put this on,” Powell reflects. Animal science major at DelVal, Alana Miller ’22, has been participating in NESA since her freshman year. This year, she was excited to be a part of the event’s hosting institution.

“We’ve been planning this event for about six months. Along the way, I’ve learned so much about time management and professional communication. From managing the event overall down to the fine details, it’s been helpful to learn how to delegate tasks and communicate professionally,” Miller ’22 affirms.

Dr. William Fritz, assistant professor in animal science at DelVal, says that the event is also beneficial to students as there are numerous opportunities for networking that can lead to future success in the field. “We had one student at DelVal who went on to do her Ph.D. at the University of New Hampshire, and she met her current advisor when she was competing in NESA on the DelVal team, which really helped her in continuing her education,” Fritz recalls. “Many students meet faculty at this event who they later attend grad school under,” he adds.

“This event truly helps students apply a real-world experience of the topics they’re learning in the classroom, which is what DelVal is all about. When I was competing in this event as a student, I met one of my best friends who now manages a farm around the corner from my house. You never know who you’re going to meet and how that person is going to influence your life moving forward,” Powell emphasizes.

The event concluded with a banquet at the Bucks Club in Jamison where results of the competition were revealed and competing students were awarded for various recognitions. Penn State University took first place overall for the entire event, followed by Rutgers University in second, and University of Delaware in third. DelVal congratulates all of NESA’s competitors for making the event a success. 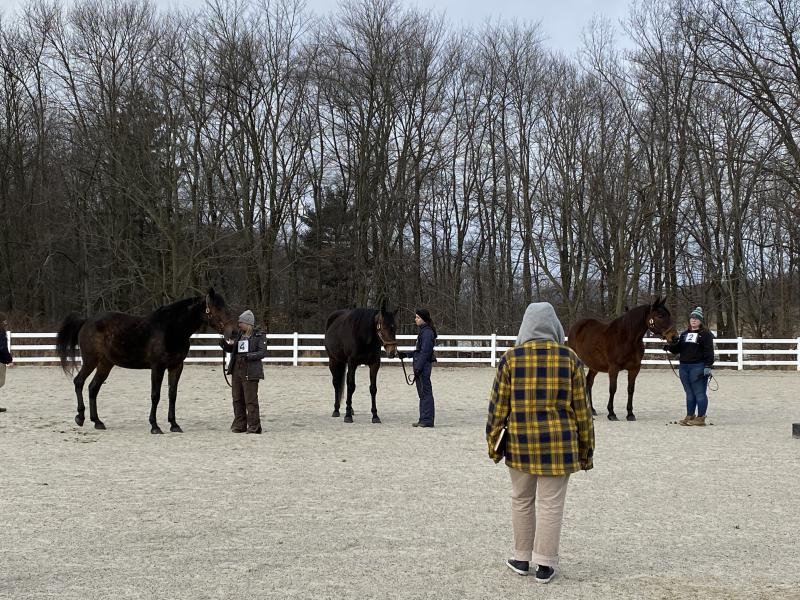