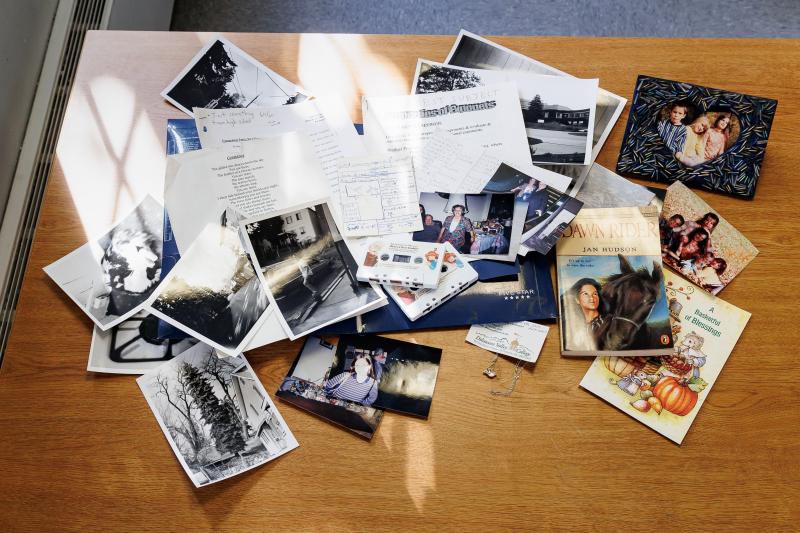 "Open up and enjoy my past!"

The 2021-22 school year seems to be a trip down memory lane. DelVal is celebrating its 125th anniversary as an institution. This spring is also the semester that DelVal will be opening its 25-year-old time-capsule from 1996, which was buried during our 100th anniversary. The time-capsule no one expected to find, however, is a folder hidden in Berkowitz Hall, a dorm on campus. This finding topped off a very nostalgic year.

On January 17th, an incident took place in Berkowitz Hall leading maintenance to come out and work in the first-floor hallway. They were shocked to find a folder containing keepsakes like cassette tapes, old photos, a picture frame, a necklace, homework, poetry, and more. Although the folder is 17 years old, its contents are of a student’s memories from the ’90s.

In the student’s handwriting, the front of the folder read, “Congratulations! You have discovered the time-capsule of Jill Roxanne Geisler, a freshman in 2004-2005, born in Pittsburgh, PA. If you found this less than a lifetime after March 3, 2005, in case you’re interested, try to contact me.”

Geisler detailed her father and grandfather’s address, phone numbers, and her personal email address at the time.

“I assure you these are places I will never stray far from. Open up and enjoy my past!” she writes.

Geisler explained each photo at the time she created the time-capsule by writing on the back of them. Geisler includes photos of her trip to Florida, her high school photography class projects, her aunt and uncle, and her grandfather. One photo of her brother on a skateboard is captioned, “the bane of my existence, I believe is the phrase.” Another photo of Jill and her family sitting amongst fall leaves is captioned, “My mother is the greatest woman who ever walked the universe.”

The folder also included a silver necklace with a dove charm, taped to the business card of Mary Ann Phelan, a former student health records coordinator. Algebra was Jill’s best subject, as noted on a homework worksheet accompanied by a notecard of equations. She also included an essay from high school Fiction I class, which received an A+, and the novel “Dawn Rider” by Jan Hudson. Several more pieces of Jill’s life are nestled in the folder.

It took a little bit of research, but DelVal managed to contact Jill. She was surprised to receive the message and does not remember creating the time-capsule. Jill vaguely remembers hiding the folder while workers were repairing something in Berkowitz Hall in ’05, but this memory is a conclusion based on the sequence of events.

“That also answers my question why I made it my freshman year, (the only year I lived in Berkowitz). I thought, why wouldn't I do that my senior year? Because I was apparently seizing an opportunity,” Geisler commented.

Jill Geisler ’09, majored in zoo science her freshman year at DelVal. The idea of studying zoo science sounded like a fun career to Jill, which is why she chose an ag-centric school.

“I eventually learned that I misunderstood how a major should be chosen. It should play to your strengths, not your fantasy. It shouldn't be something completely foreign to you that sounds exciting and fascinating but something you already have a talent for,” said Geisler.

Halfway through her sophomore year, she realized she needed to switch her major from zoo science to her greatest strength, English Literature.

Geisler has been back to campus a few times to reminisce about her time as a student.

“Every time I return and walk the same paths I used to walk, it feels like I never left. I recognize everything no matter how much things change. DelVal will always feel like home to me,” said Geisler.

She talks about an unconventional memory that stands out to her. Usually, students remember a homecoming game, a trip, or a favorite class. Geisler, on the other hand, remembers the kindness of DelVal students the most. “One evening my first week of college, the RA knocks on my door and says the dorm is getting together to play volleyball and asks if I want to join,” Geisler recalled.

Geisler describes herself as an introvert, whose teenage years were full of declining event invitations from adults and then being guilted for refusing. “I say I'm not in the mood, brace myself for the arguments, pleas, guilt trips, and insistence that it'll be so much fun and I can't miss out.  I hear, ‘Okay, see ya' later,’ and that was it. There was no pressure, no mission to fix me, just a sincere invite and no offense or insult at it being turned down,” she explained.

“I know it's such a small thing, but the feeling of disbelief that I felt is so profound and indescribable, it will be with me forever. Packed into that RA’s simple response was permission to be myself, validation of my feelings, respect for my choices, and the revelation that I was in a whole new world where I had the freedom to make choices without justifying them. What a great feeling! What a great RA!” explained Geisler.

Aside from getting her Bachelor’s and learning adulthood, one of the most important things she took away from DelVal was her passion for cycling. She didn't have a car, so she got around mostly by bike.

“I used my bike to go to the movies, get groceries, exercise, and enjoy myself without spending a ton of money. The campus seems made for pleasant bike rides! Since I left, I've ridden over 660 miles from Pittsburgh to DC and back in one 11-day trip, and that's the longest trip I've taken so far,” she said.

Geisler didn’t expect to graduate from DelVal with an English degree, and she describes it as “an unorthodox match, but the perfect match.”

“If I'd gone for an English degree from the beginning, I doubt DelVal would have been on my radar, but I'm so glad I got to start my academic career, professional career, and adult life at DelVal,” said Geisler. Geisler received her Master’s from Duquesne University and went on to become a legal assistant.

Congratulations to Geisler for all of her accomplishments. DelVal is grateful that she left such a treasure behind to discover, and for sharing her precious memories. 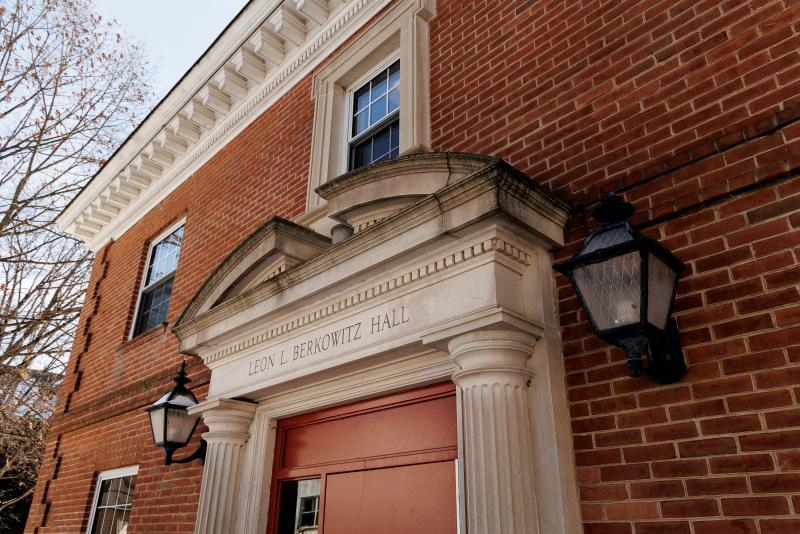