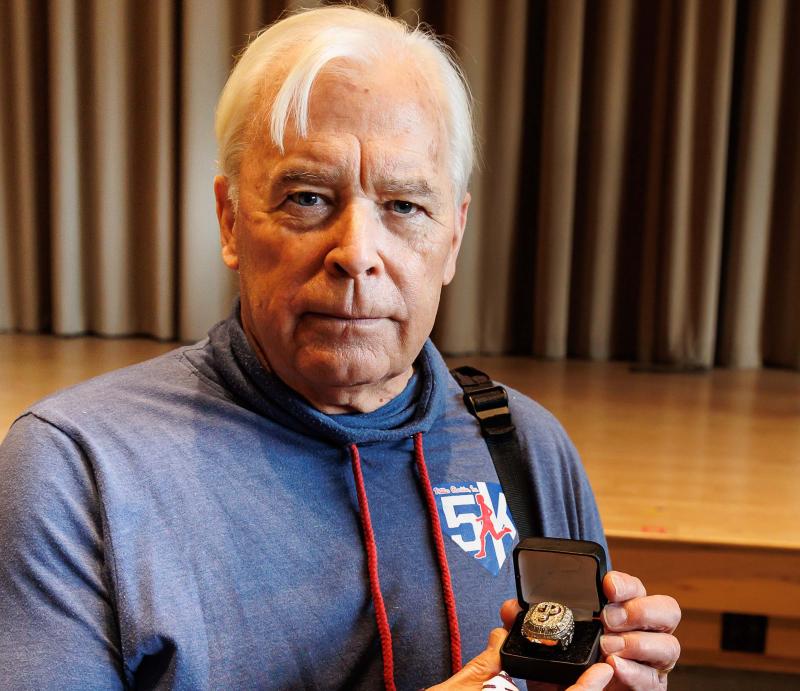 David Beck, assistant professor of Business and Information Management at Delaware Valley University (DelVal) enjoys watching his students grow and seeing “just how well they have progressed in their four years” working with him. Now, in his 24th year of teaching at DelVal, he has seen hundreds of students move on to the real world. He said he loves hearing from students and “celebrates their success.”

Professor Beck began his career working for All State Insurance and then for the Reliance Insurance Company, where he was a mass marketing manager. He later started working at a consulting company as a project manager and had success working on large projects like the Pennsylvania Convention Center. After that, Beck moved into teaching, and used his connections and network to continue his career in higher education. This is one of the pieces he tries to convey to students between the corporate world and the classroom. He encourages students to use connections to network and seek new experiences. He believes students should “utilize our alumni” for projects and networking. He wishes more students took the opportunity to connect with past DelVal graduates.

Professor Beck has seen a lot of change in his time at DelVal, most notably “the increase in technology with Blackboard” and “having the addition of South Hall as a new facility.” He also mentions the multiple upgrades to the University’s website.

His favorite thing however is interacting with students. He remembers how the move to a virtual classroom amidst the pandemic was difficult for him. “I just missed seeing the students and dealing with them. The prime focus is the interaction with them,” he explains.

His greatest teaching accomplishment is seeing his students excel and become successful. One of his former students is a vice president for the Philadelphia Phillies. He says, “it is very gratifying to see one of my students do so well.” He also follows several former students on LinkedIn and loves to see their success stories. “Without a doubt, that's the greatest sense of accomplishment” explained Beck.

One of his favorite classes to teach is the Management Seminar Capstone course. This case-oriented approach allows business students to see how far they have advanced during their time at DelVal.

While Professor Beck teaches eight classes that rotate and has done this for more than two decades, he enjoys staying active in his free time. He has run in multiple marathons and half marathons. One of the things he would love to do is work in the nonprofit world, perhaps for an organization like the Red Cross. Professor Beck is a talented business professor who calls upon his prior experience in the real world to build connections with students. He draws on his experiences to help his business majors succeed and loves to see how far they can go.