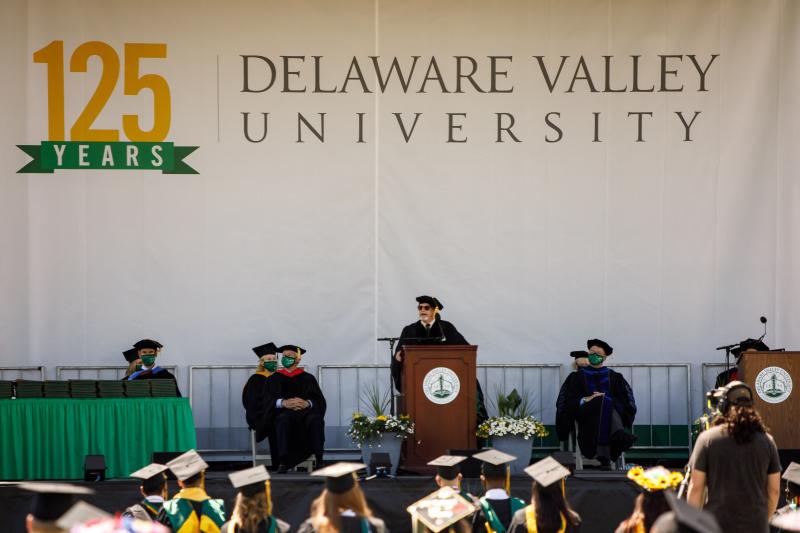 At Delaware Valley University’s in-person Commencement ceremonies on Saturday, May 15 and Sunday, May 16, author and activist Seamus McGraw told the graduates, “I trust you.” He acknowledged the challenging times they faced while completing their degrees. Then, McGraw told the graduating classes that he believed in their ability to use their experiences at DelVal to improve the world.

“I believe in you,” said McGraw. “I’ve been making trips to this remarkable university for about a decade now and I have always found this place inspiring. I love what it was founded to be and I love what it has become. More importantly, I love what you and the other scholars and leaders it has produced have become.”

He told the graduating classes that nothing has made him more confident in the future than the time he has spent with students.

McGraw, an award-winning author and journalist, received an honorary Doctor of Humane Letters at Commencement for his work as a storyteller and his involvement at DelVal. 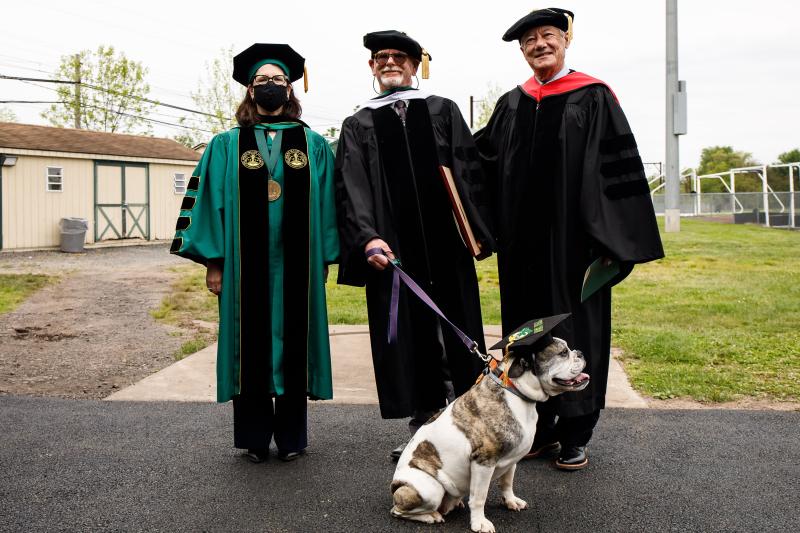 The ceremonies were held at James Work Memorial Stadium. On Saturday, May 15, the University celebrated the undergraduate Class of 2021 and graduate students from both the Classes of 2020 and 2021.

The first degree announced on Saturday was awarded in memory of Andrew Donovan Looney ’21, an agribusiness major who passed away on April 30 in Nebraska. His brother and parents attended the ceremony which was dedicated to Andrew’s memory.

“Andrew was a valued member of our community and a friend to so many,” said Dr. Benjamin Rusiloski, DelVal’s vice president for academic affairs and dean of the faculty. “He made our campus a better place.” 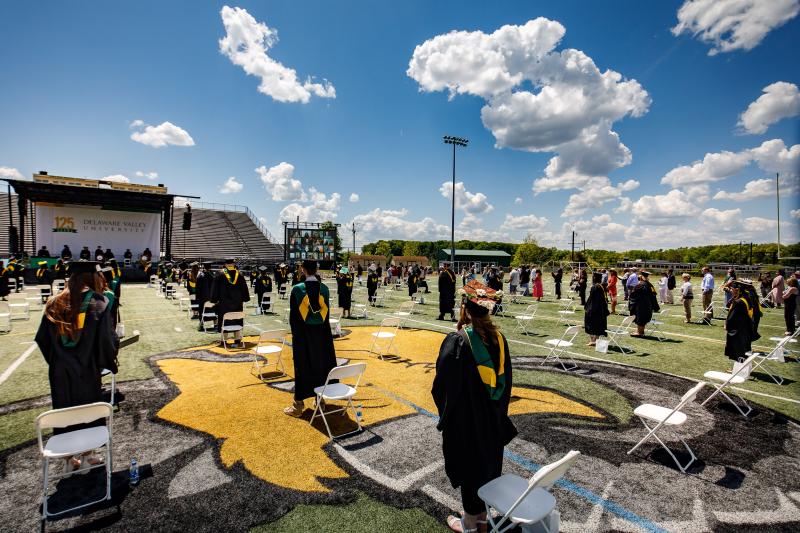 Chloe Sees ’20, a secondary education major, was announced as the University’s first Young Alumni Trustee. Sees, who went through a nomination and interview process to be selected, will help engage young alumni and bring new ideas to the Board.

Dr. Maria Gallo, DelVal’s 13th president, was recognized during Commencement Weekend for her positive impact on the University. Dr. Gallo accepted a new position as chancellor of the University of Wisconsin-River Falls. Dr. Rusiloski will serve as interim during the University’s presidential search.

“I know I speak for the entire DelVal family when I say how proud and happy, we are to celebrate your achievements,” said Dr. Gallo in her Commencement speech. “And, they are remarkable achievements…I have no doubt that you will continue to be resilient and successful…It has been an honor to serve the University. Congratulations, graduates, and go Aggies!”

For more information on Commencement and to watch videos of the full ceremonies, please visit delval.edu/commencement.