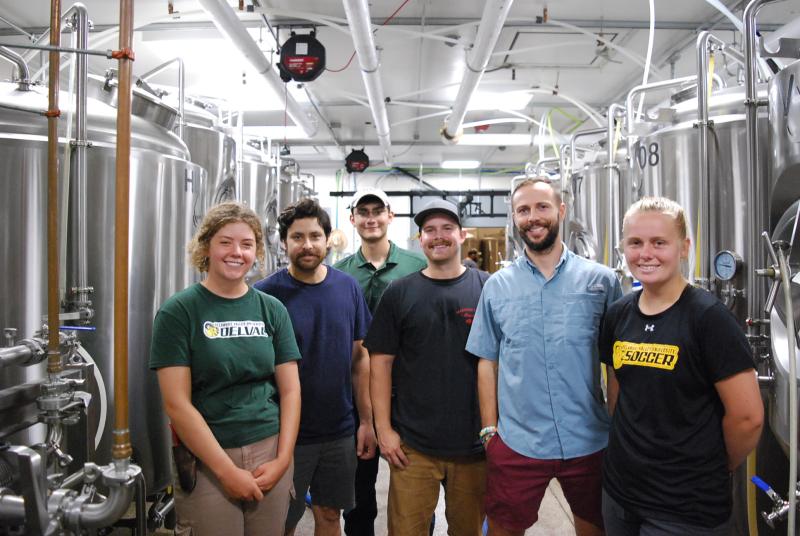 Warwick Farm Brewing, in Jamison, Pennsylvania, continues to collaborate with Delaware Valley University (DelVal) to create delightful libations brewed with ingredients grown and harvested by DelVal students and faculty. The unique relationship, which first began in 2021, resulted in a collaborative beer brewed with DelVal’s barley. The beer, named Jay and the Hop Bine after Warwick’s head brewer Jay Trauger, continues to be on tap at Warwick Farm Brewery.

This year, the University and brewery have teamed together again to create another libation, this time brewed with a different ingredient grown and harvested by DelVal’s Plant Breeding Club. “We were shocked to find out that DelVal was growing heatless habanero peppers. Out of curiosity, our brew staff asked to try them to see if we could formulate a recipe,” Warwick Farm Brewing explained.

Through a process called crossbreeding, DelVal’s Plant Breeding Club was able to produce two varieties of heatless habanero peppers grown hydroponically in the campus’s greenhouse. President of the Plant Breeding Club, Rebecca Kluempen ’22, was especially helpful during this process, as she shared her extensive knowledge on plant breeding with the brewery. After the peppers were fully grown, DelVal students harvested them and delivered them to Warwick Farm Brewing on a weekly basis throughout the summer.

Warwick then brewed the beer, allowing it to ferment for approximately two weeks, and then added DelVal’s peppers. “We cut them up, removed the seeds, and threw them in after the beer was done fermenting,” explained Tim Taber, general manager of Warwick Farm Brewing. “The variety of DelVal’s peppers that we used, some taste like mango, and others have a Juicy Fruit flavor. It’s a nice sweet, crisp flavor without any heat,” Tim added.

The final product, named Conservatory, is a clean, well-balanced American IPA with flavors of peach, passionfruit and mango derived from DelVal’s heatless, habanero peppers. The beer is now available on draft at Warwick Farm Brewing and is also sold in four-packs. 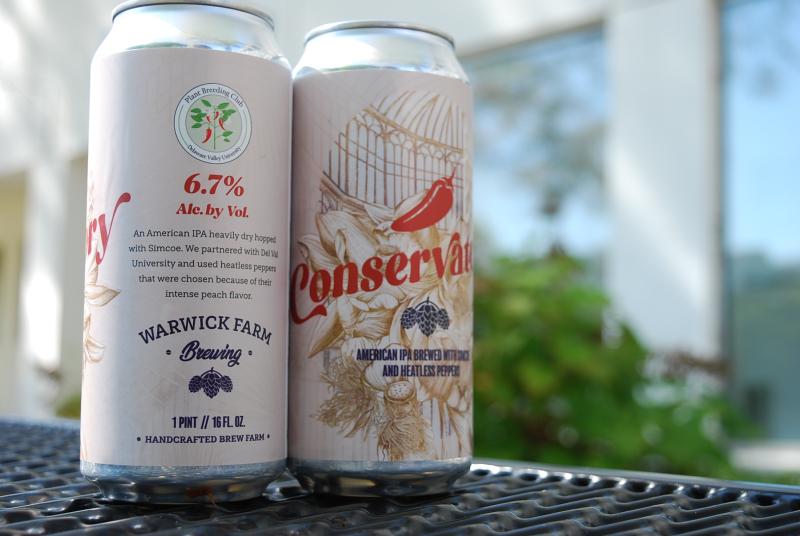 Thrilled to have Conservatory available at the brewery, the relationship between DelVal and Warwick extends far deeper than simply creating collaborative beers. Their connection involves a unique exchange of knowledge and education that both parties find valuable. “The biggest value of this cross collaboration is the ability to educate each other,” said Dr. Chris Gambino, associate professor of animal science at DelVal.

“Warwick educates the students on what they grow, how the crops they grow are used to make a product, and various marketing strategies involved with selling the beer. And the students bring extensive breeding knowledge about varieties and their specific attributes,” Dr. Gambino added. The collaboration perfectly demonstrates DelVal’s emphasis on experiential learning and real-world experience, giving students the opportunity to apply their knowledge both inside and outside of the classroom.

As DelVal students learn a combination of agriculture and business from the brewery, Warwick Farm Brewing is happy to collaborate with fellow locals. “We like supporting local farms and putting local ingredients in our products so that people can enjoy them,” said Taber.  Today, the collaboration between DelVal and Warwick continues as they hope to work together in the future for seasonally brewed beers. 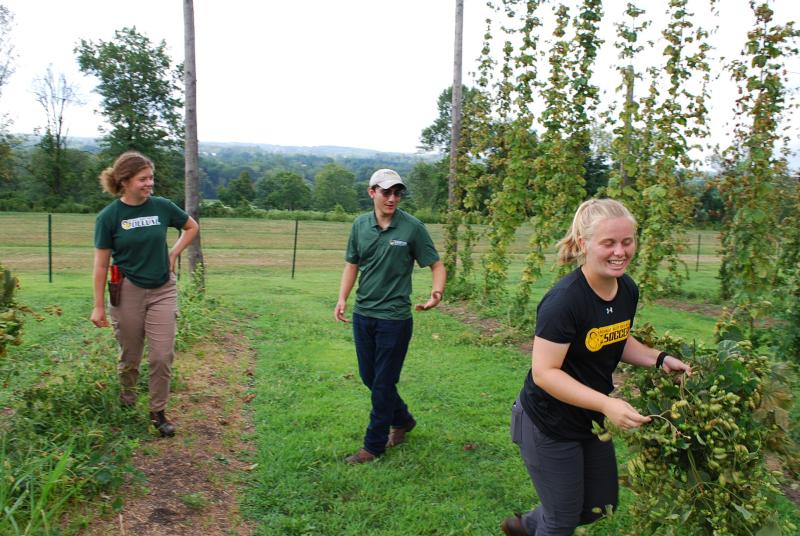